Angi Schneider lives on a small homestead along the Texas Gulf Coast with her husband and children. For over 25 years they have sought to reduce their dependence on commercial products and the grocery store by growing and preserving food, living a DIY lifestyle and cooking simple, tasty meals from scratch.

Angi shares preserving recipes and how-to’s on Creative Simple Living with SchneiderPeeps. She has also written two books on preserving food – The Ultimate Guide to Preserving Vegetables and Pressure Canning for Beginners and Beyond. 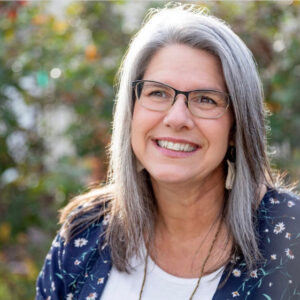 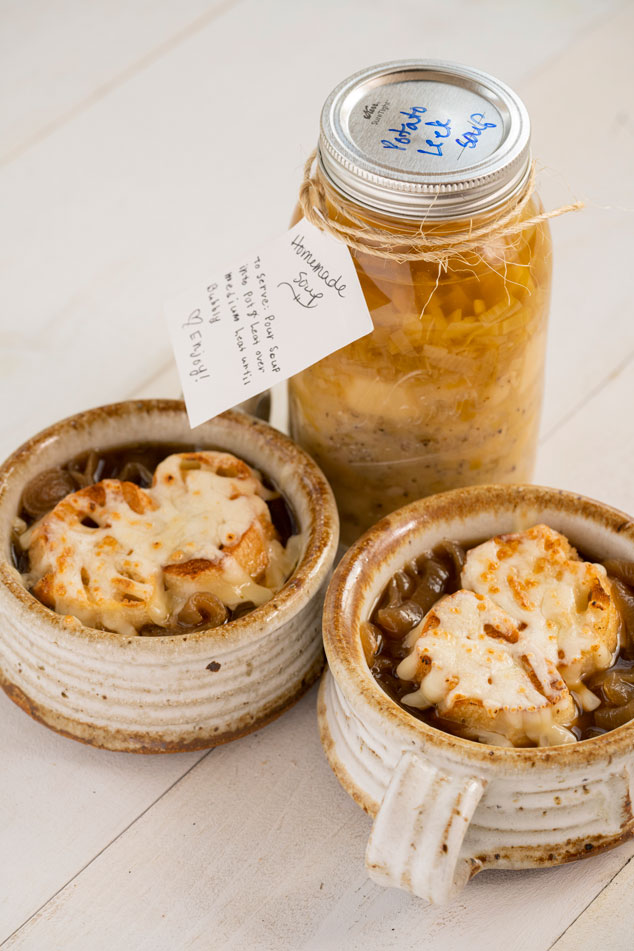 While I love all methods of preserving food, I think that pressure canning gives me the most help as a mama. Pressure canning allows me to have shelf stable soups and meals in the pantry, ready to go.

These meals are used during the school year when we have more extracurricular activities and our life is a little more chaotic. Pressure canned meals means that I can have a good dinner on the table in less than 15 minutes.

These jars also mean that my teens and collage age kids can take a homemade meal to work instead of going out to lunch – they just need to grab a jar off the shelf. In fact, one of my children asked me to make soups for him to take to college, so he could have a few nights a week he didn’t have to cook. That made my mama heart just burst.

When my kids have friends over and it’s dinner time, they are always welcome to stay and have dinner with us. Sometimes I just open up more jars of veggies or beans to serve as a side, or I’ll open some brothy soups to serve as an appetizer. Everyone is welcome at our table because there is always plenty for everyone.

Lastly, these jars allow me serve other people in need. I can take meal to family in need with just a moment’s notice. I can also add a jar or two of soups to hot meal that I’m taking to a new mom for her to use later. During the aftermath of Hurricane Harvey in 2017 these jars of pressure canned meals feed us and several families in our neighborhood while we were without electricity for 8 days. Sharing those jars with neighbors in need (most of whom we didn’t know) during a community crisis is one the most special things I’ve ever been a part as a homesteader.

Today, I want to share with you a simple soup recipe from my new book, Pressure Canning for Beginners and Beyond…Potato Leek Soup.

The secret to cooking with leeks is using just the white and light green parts; don’t use the darker

green parts as if leeks were green onions. This soup is the reason I grow leeks every year. It’s

comforting and hearty, and has a little spicy kick from the leeks, which is often needed during

the cold months. For a creamy soup, you can add a little butter and cream when serving.

For Serving per 1-Quart

Prepare the pressure canner, jars and lids. You’ll need eight 1-pint (500-ml) or four 1-quart (1-L) jars. Fill the canner with a few inches (8 cm) of water, according to the manufacturer’s instructions, and put the canner on the stove over low heat with the jars inside to stay hot.

This is a hot-pack recipe, so the water needs to be about 180°F (82°C). In a large stockpot, combine the leeks, potatoes, broth, water, salt and pepper. Bring mixture to a boil over medium-high heat and gently boil for 5 minutes. The potatoes will not be fully cooked by the time they’re done boiling; they will finish cooking in the jars while being processed. Remove the stockpot from the heat and carefully ladle the stew into the prepared jars, making sure to put the solids evenly into the jars and

Remove the bubbles with a bubble removal tool and recheck the headspace. If you end up short of liquid, top the jars off with boiling water or hot broth. Wipe the rims with a clean, damp cloth. Put the lids and bands on the jars and load them into the pressure canner.

After processing, allow the canner to depressurize naturally, then remove the jars and let them cool on the counter for at least 12 hours. Check the seals and store the jars for up to 1 year. See page 28 for details.

For serving, empty a jar of Potato-Leek Soup into a blender and puree. Pour the soup into a medium stockpot and heat over medium heat for 10 minutes, or until bubbling. For a creamy soup, add the butter and cream. If you have an immersion blender, you can puree the soup in a medium stockpot before heating instead of using the blender. Garnish with chives and pepper.

Please join us by sharing, continuing the conversation below, and connecting with Angi at the following: 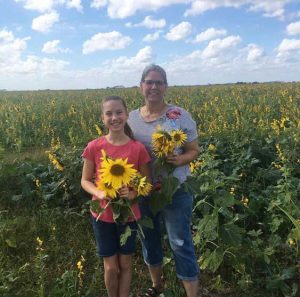 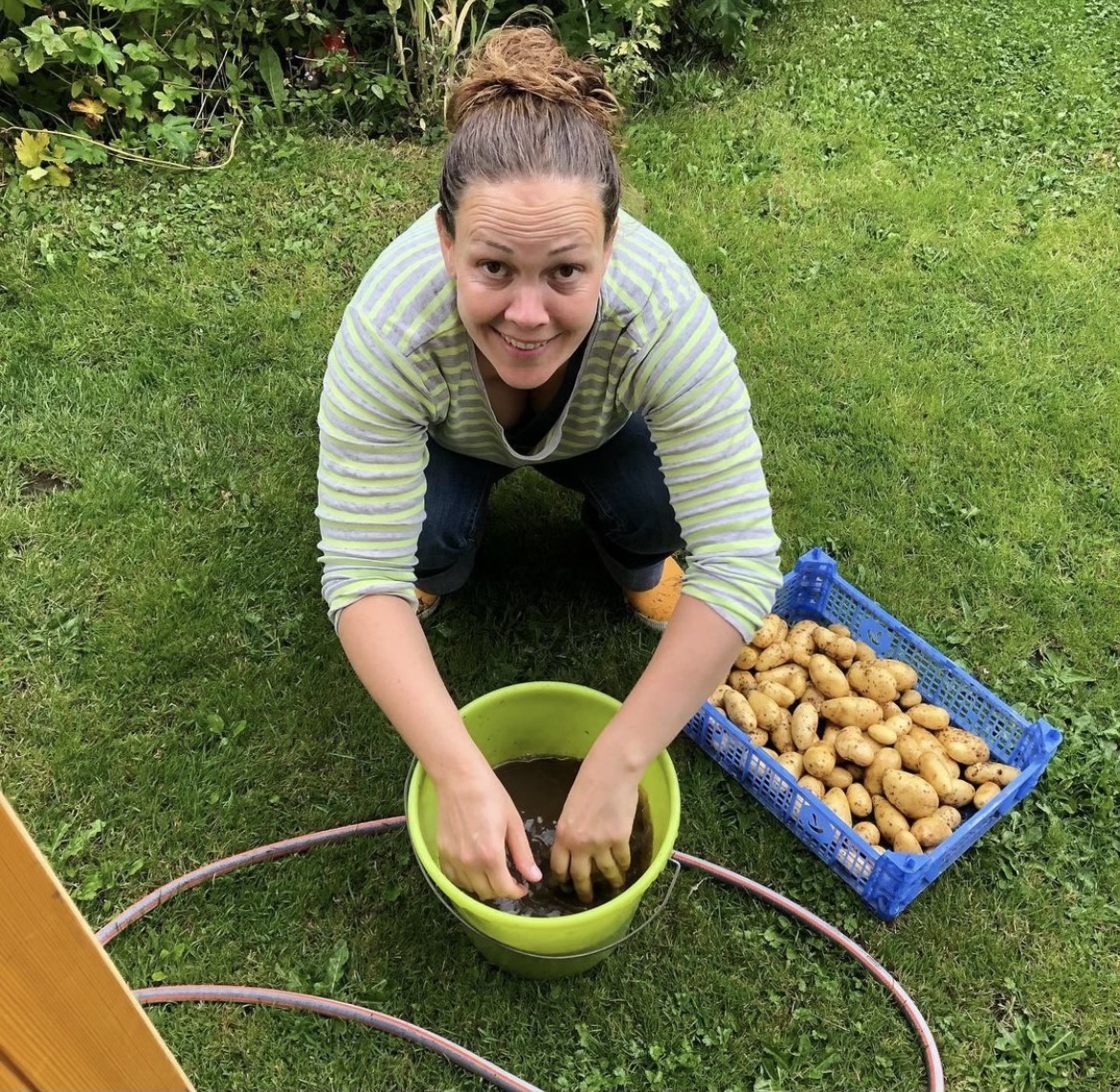 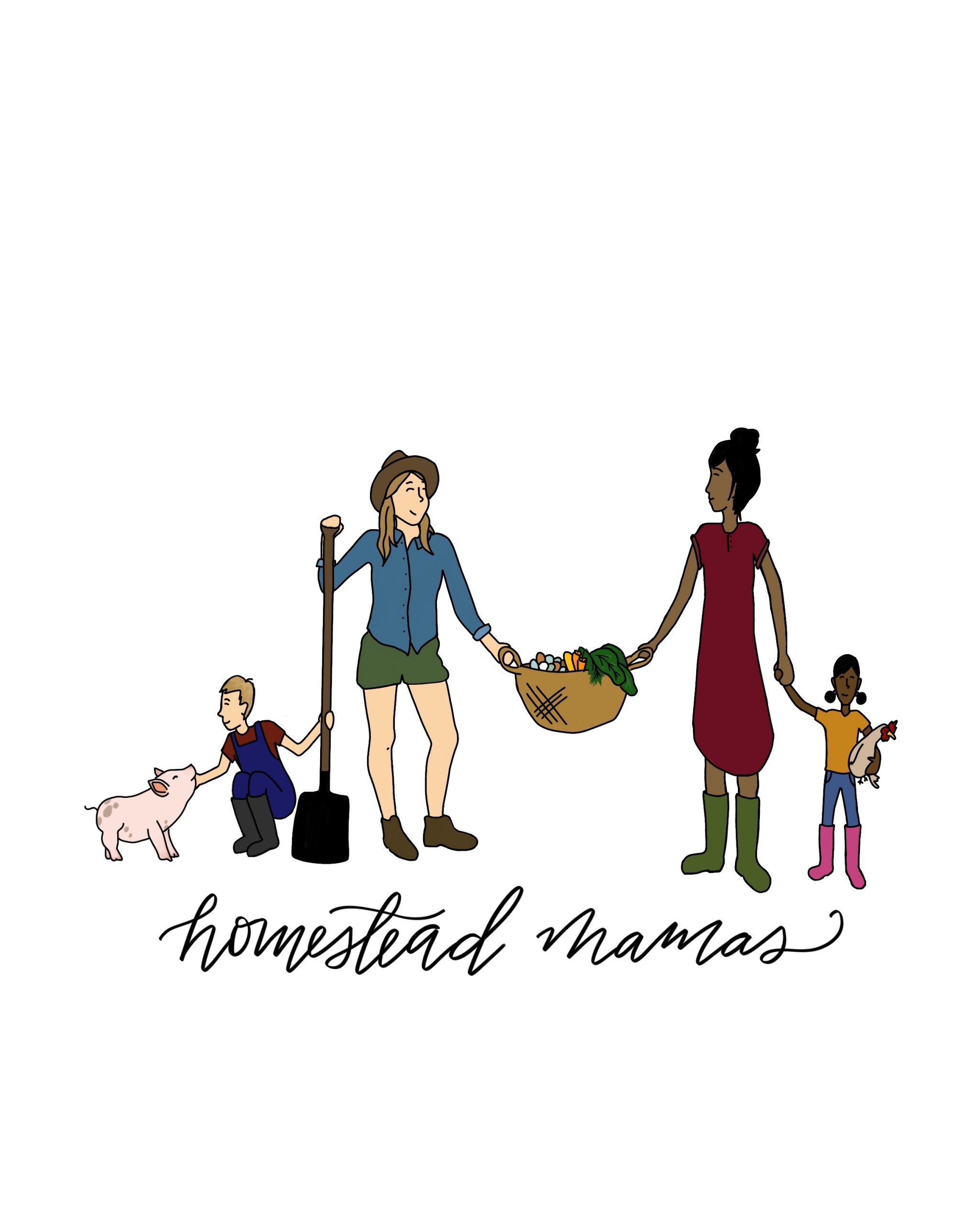 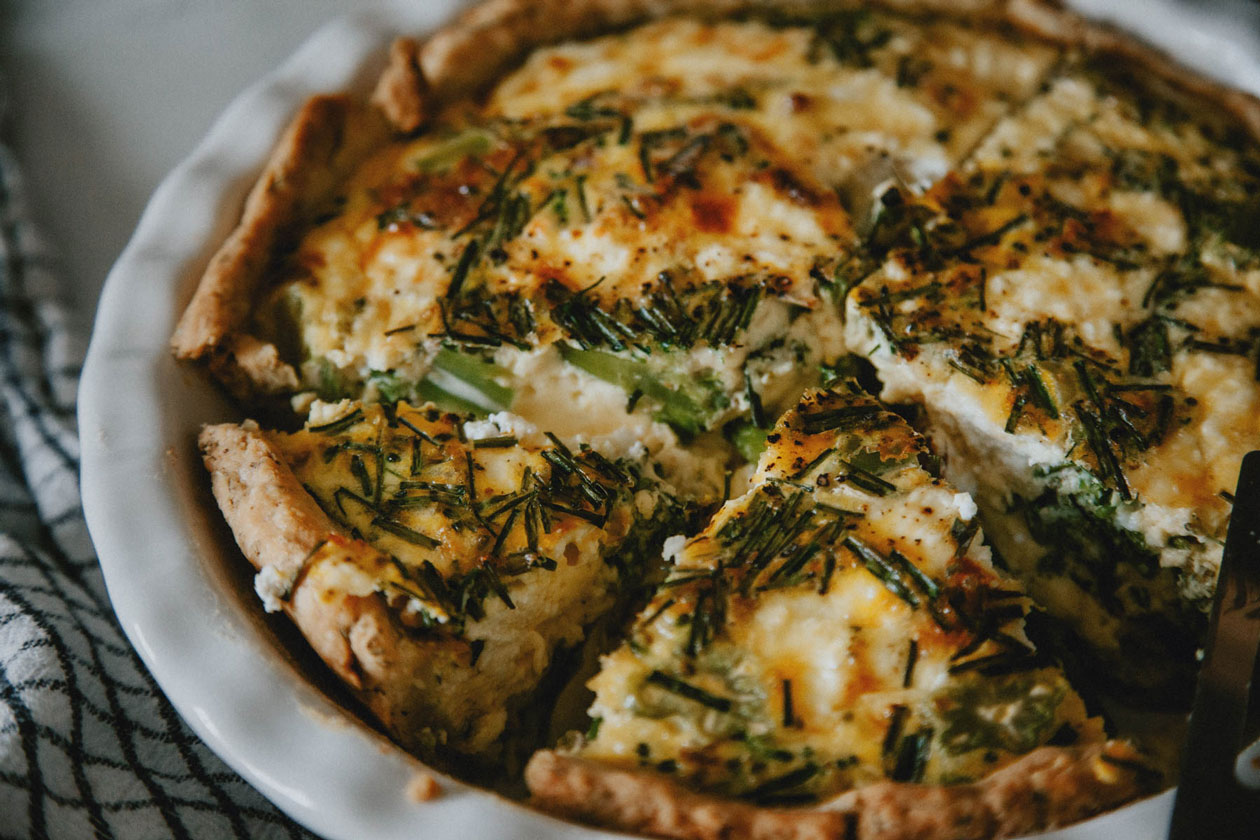 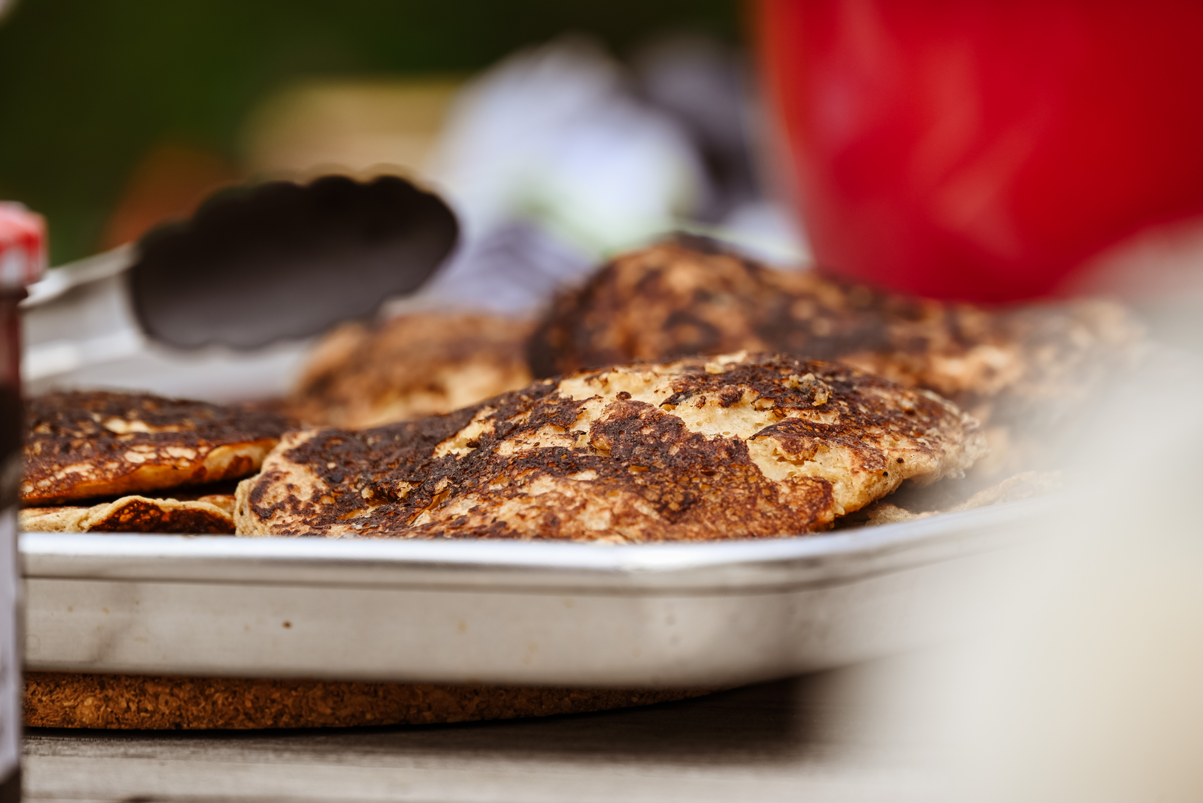 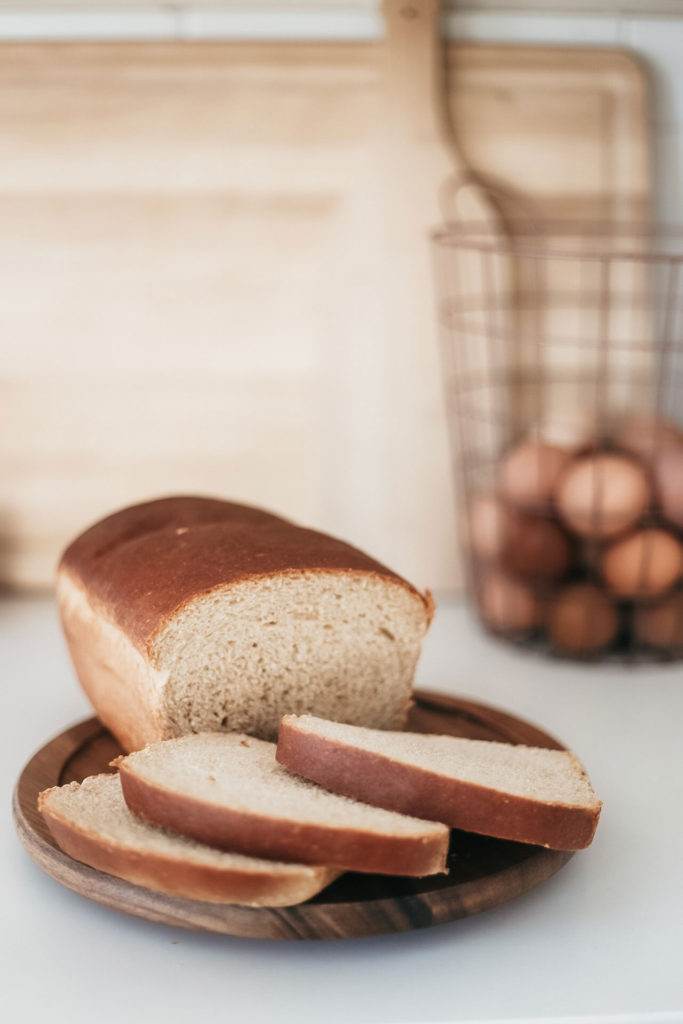 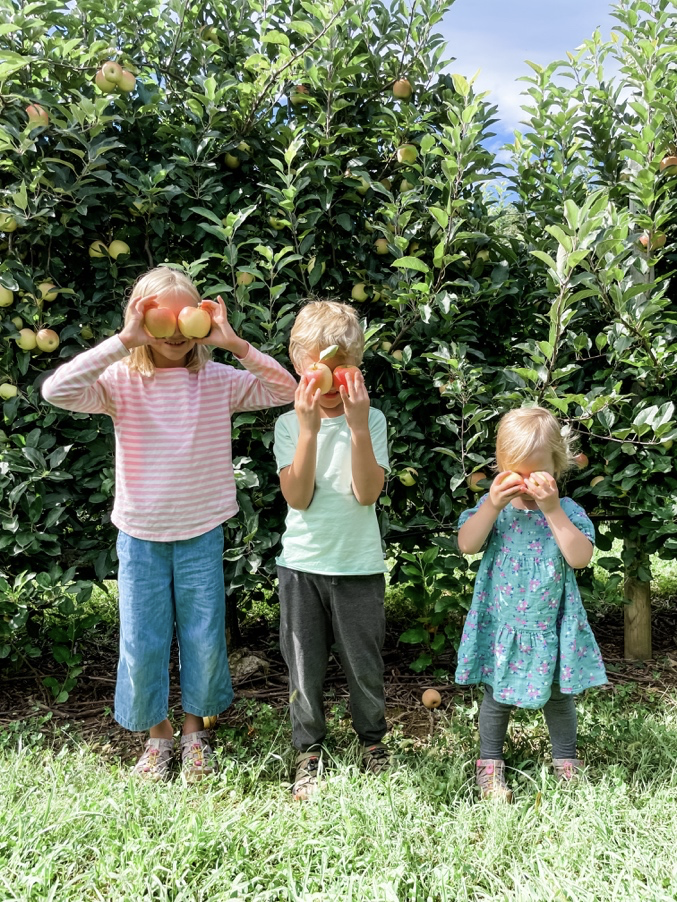 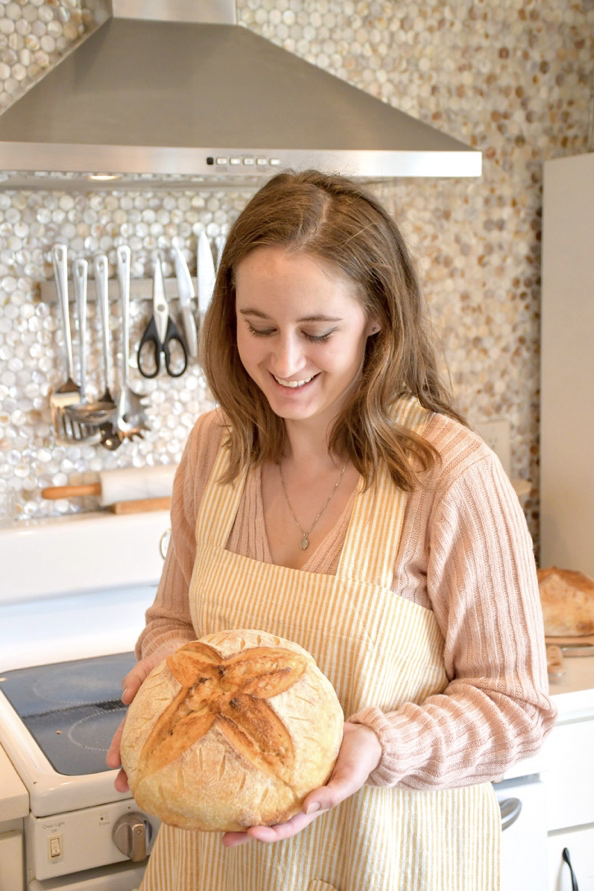 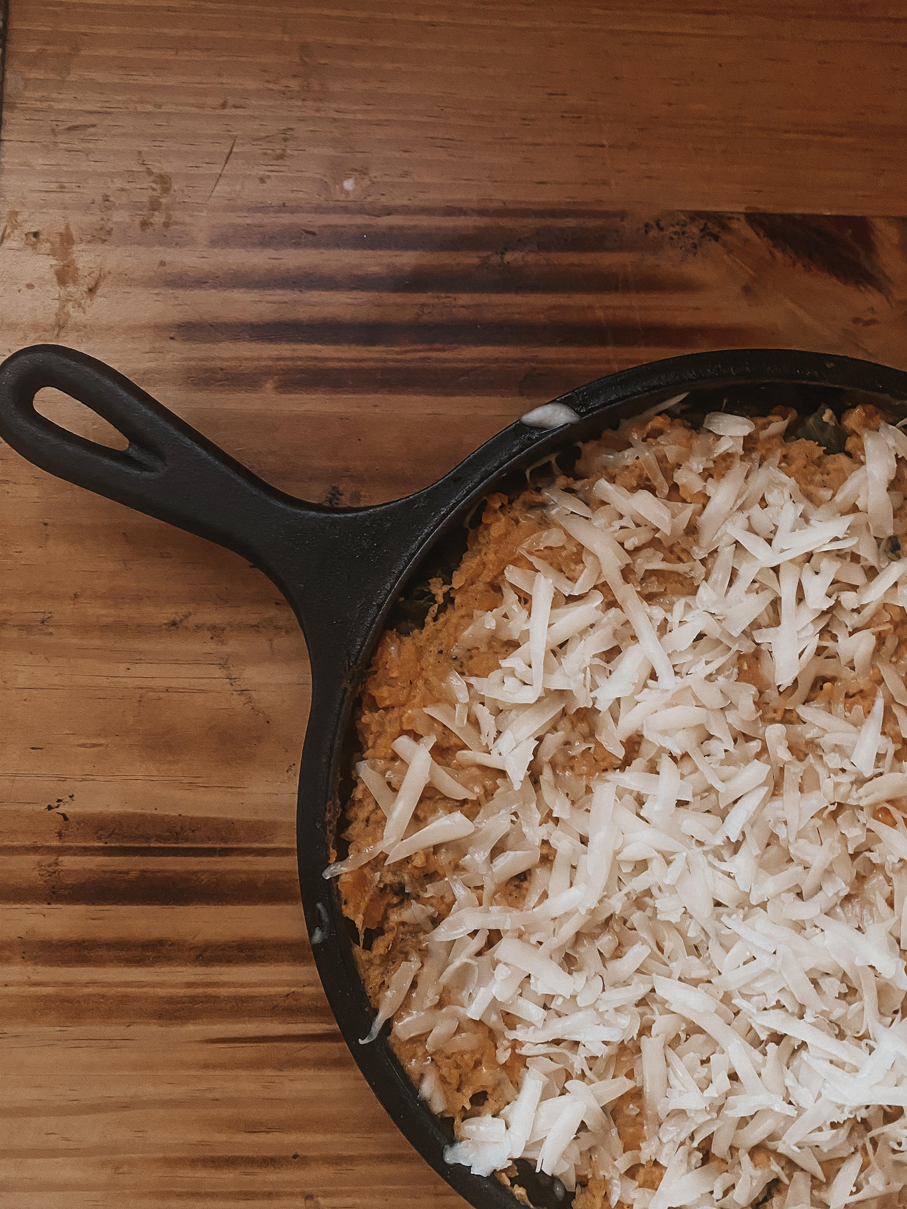